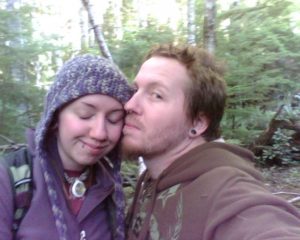 Every relationship is different. Ours began with music.
Tangling throughout the last 10 years, it’s been a ever present element between us. Before there were projects or adventures…we were just two (mostly) clueless dreamers, nerdily sharing endless hours of music together; building the foundation of something much bigger.

Somewhere deep, our roots are the same. James and I were both born from the stock of hard working, salt of the earth people. We grew up exploring the forests, mountains, and coastlines of the Pacific Northwest. And though we both stretched our wings and ventured beyond our home states , we also gravitated back to this place. There’s something magic here in the mists and rain and wet forests begging to be trekked through. The PNW will always be home. We’ve come full circle back to our roots in so many ways.

As a human, I think I’ve always been a very independent person. And as I’ve gotten older, I’ve definitely learned to appreciate being with myself. But oh all of the beautiful little ways a life will flourish when you are sharing it with another person; like throwing random bursts of color onto a blank canvas. I think that evolves exponentially when you’re with someone that inspires you and pushes you to grow creatively. For both of us, life is less luminous without projects, adventures and continued learning. And especially just the right partner in creation. 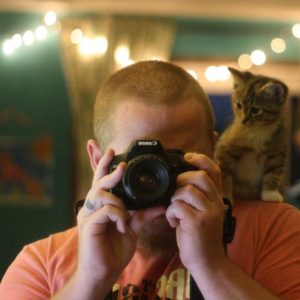 James is the most versatile person I’ve ever met. I could never hope to sum up any human being in a few paragraphs, but most especially not him. We joke around that he’s the “vanilla” side of our partnership but really, that’s far from the truth. There are a million ideas buzzing around under the surface at all times. And best of all, the initiative to actually realize them. I appreciate his fearlessness to try new things. He is creative in ways that I will never be. Simply put, he figures out how to make things work.

Whether it’s building our first chicken coop from reclaimed boards, attacking a mechanical issue on a vehicle or rewiring another ugly lamp I’ve drug home. Utilitarianism and functionality are kind of his jam. But with flare and typically out of recycled materials. Aside from the endless project list, James enjoys building and working on computers, reading up on the latest tech news, sci-fi, and permaculture, mushroom hunting, helping others, being an awesome dad, rocking the most hottie pink mow-hawk on the West coast and makes a damn fine reuben sandwich. I guess he’s pretty funny too…

In many ways, I am James’ polar opposite. Where he is solid and stable, I am messy and restless. He is logic. I am emotion. He is good with math, measurement and the technical parts…I am the design, color and whimsy side of things. He drafts and draws up technical plans for buildings; I sand and refinish furniture with deeply vibrant colors and finishes.

I love art that also serves a utilitarian purpose. I enjoy getting my hands dirty in the garden and scheming to turn our little patch of dirt into my own personal jungle. I like cooking and feeding people. I enjoy thrifting, bicycles, good swimming holes, fast cars, laughing and being a bad ass mama for my little heathens. 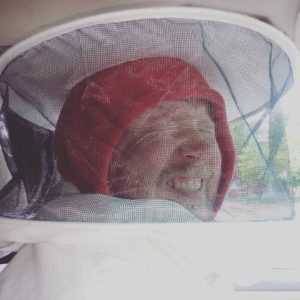 It’s October of 2016 as these words hit the page. Another fall has rolled around. Eugene, Oregon has been our home base for almost 3 years now. We chose Eugene to be the place that we will finish raising up our family and the jumping off spot for everything else that takes shape as life chugs along; including a school bus build that will begin sometime in the near future.
I suppose if there is one idea that drives us more than any other; one concept we’d like to share, it would be to not just talk about doing it (whatever it might be) but ACTUALLY doing it! Even if you fail. Even if it’s something you’ve never tried before. Even if you have to rip it all apart and start all over. Try. That’s all it takes. One of my all time favorite movies is “We Bought A Zoo”. Maybe it’s the animals or just his epic way of dealing with loss; either way, I absolutely love that movie. 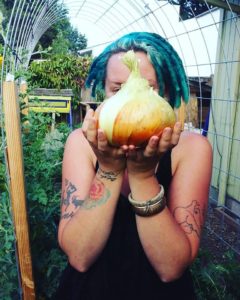 The best quote from the whole thing and just a great quote in general was when Benjamin talks to his son about courage, “You know, sometimes all you need is twenty seconds of insane courage. Just literally twenty seconds of just embarrassing bravery. And I promise you, something great will come of it.” Be brave. Try new things. Fail. Try again. Jump in with both feet. Not just because we’ve become a “throw away society” but more importantly, for happiness.If someone had told my younger twenty-something self that we would experience just a handful of the moments that have come to pass over the last decade, I would have just raised one dubious eyebrow and laughed heartily. You just never know what plans the universe has in store.

Regardless, life is an adventure and it should be treated as such.