Troubleshooting And Replacing A Coil Pack On A 2001 Honda Odyssey 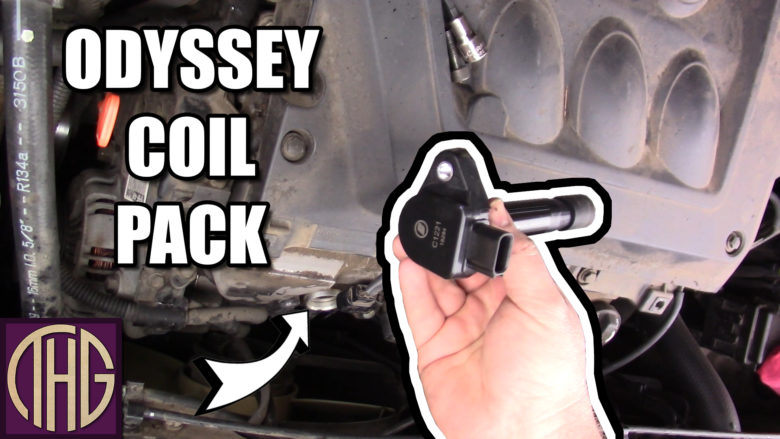 Our 2001 Honda Odyssey is 18 years old with 180,000 miles and while it has been an absolute tank, any used car this old is going to have the occasional issue. The other day when Lindsay was picking up Noah from school, it started running really rough, so badly that it felt like it was going to die at stoplights and was vibrating pretty terribly. She called to let me know what was going on, and I met her at school with the Saab so that we could switch out vehicles. After starting it myself I had a pretty good idea of what was wrong, but I wanted to be sure.

On the way home, I drove over to the local parts store and had them read the codes for me as I still don’t have my own code reader. It spat out a pile of codes including P0300, P0303, P0305 and P1399 which all relate to engine misfires. They instantly recommended that I replace my EGR valve and all six of my coils packs, which they would happily provide for only $300, which I had no intention of doing blindly. I headed home as I needed my tools to check anything else out.

There were three things that I felt this could be. A blown head gasket, a dead fuel injector or a dead coil pack. After checking for oil in my coolant and water in my oil came up negative, I didn’t think that it would be the head gasket. The next thing to check is the coil packs on each spark plug. The P0303 and P0305 codes point to misfires on cylinders three and five, but I didn’t really believe that I has two cylinders not firing as the van would have been in considerably worse shape. Losing one cylinder is rough, losing two would have likely kept it from idling at stop lights.

Under the hood, there are two banks of spark plugs. Three along the back of the engine along the firewall and three in the front under a plastic cover. Use a flat head screwdriver to loosen the plastic catches that hold the cover in place and pull it out of the way. This gives you access to all of the coil pack connections, which is what we are going to use to figure out which cylinders aren’t firing. While the engine is running, squeeze the connector on the top of the coil pack and disconnect the wiring from the coil itself one at a time. If that cylinder is firing, the engine will start running even more rough than it was before, and when you plug it back in it should smooth back out. That is what you are looking for, as that tells you that the cylinder is getting both fuel and spark and is firing. What should happen though, is that you will pull one or more of the connectors and the engine sound will not change at all. In my case, that happened with cylinder five, which is the front center cylinder.

After that I started the van, and disconnected the wiring from cylinder five, and it ran worse, while pulling the wiring on cylinder 6 did nothing, telling us that it is indeed the coil pack that is dead and needs to be replaced. A quick trip to the parts store and I bought the single coil pack to replace the dead one. They again wanted me to replace them all at once, but I do not want to and will just replace any more that fail as time goes on. Swapping in the new one is easy, just pull out the bad coil pack in the same way we did when testing them and replace it with the new one. Tighten up the hex bolts and fire up the van. Success! While this old van isn’t the smoothest running car on the planet it is back to its normal self, which we couldn’t be happier about. Put the spark plug cover back in place and secure it with the plastic screws, and you are done! Hopefully this was able to help you out, if so let us know in the comments below! 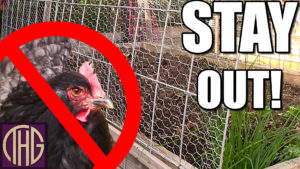 Keep Chickens OUT Of Raised Beds :: Also A Trellis For Vegetables!! 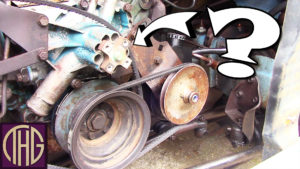 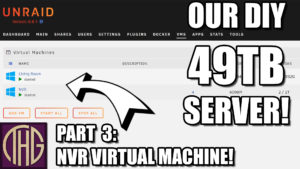