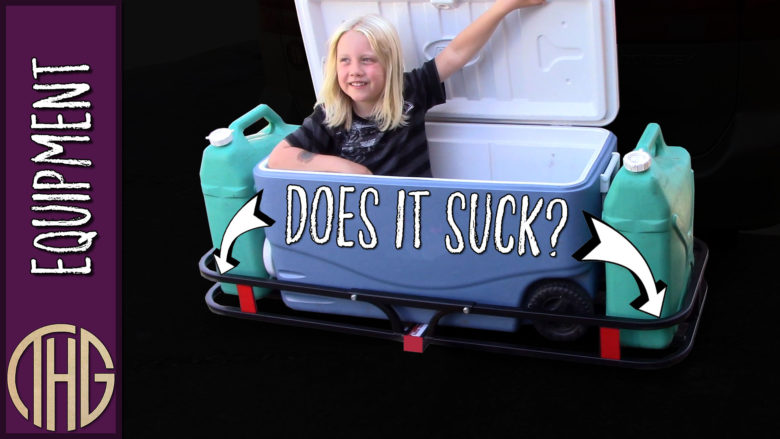 Watch the video on Youtube by visiting this link!!

Is the Haul Master 500 pound Deluxe Cargo Carrier from Harbor Freight actually useful or a piece of junk? Keep watching to find out. If you enjoy this video be sure to subscribe, hit the bell notification icon and leave a comment below!

We wanted to have an option for carrying more cargo in our van, without having to bring the entire utility trailer. We were going on a four day camping trip to Waldo Lake, and as we were only supposed to be taking the boys we figured with this additional space we would be set. That was the thought anyways, but let’s get to the assembly first, and talk about the best laid plans of men and mice later.

When you walk out of Harbor Freight with your new purchase, this is the box that you will be bringing home. It isn’t terribly heavy and anyone should be able to carry it without trouble. When you open it up, the separate pieces of the unit are stacked neatly within. Carefully cut the plastic wrap holding the pieces together, and remove them from the box. Once you have the first section of platform out, you will need to remove the box that holds the actual hitch portion from the second section of platform. Remove the cross bar supports, set the box aside, peel off the rest of the bubble wrap from everything and get the hitch portion out of its cardboard sleeve.

The end of the receiver that has the large holes in the sides is the portion that will slide into the receiver on your vehicle, and the end with the red cap will be facing traffic behind you. Line up the two platform sections on either side of the hitch. Each section will have red reflectors on one side, those should be faced in the same direction as the red cap, so that traffic behind you will easily be able to see it.

Grab the four long bolts, the four large flat washers, the four lock washers, and the four larger lock nuts out of the package and set them aside. You want to grab the first bolt, place the large flat washer on first, and then slide it thru the first platform section, the matching hole on the hitch, then thru the matching hole on the other platform section. Once it is thru all the holes, place a lock washer onto the bolt followed by one of the large lock nuts. You only want to hand tighten the nut, it will be considerably easier to finish assembling the project with everything loose, and then come back at the end and tighten everything down.

Get the other three large bolts into their respective holes, in the same assembly order as the first. Once those are all in, grab the two crossbar sections and set them in place on top of the two sections of platform as shown. Take one of the small flat washers and place it on one of the small bolts, then slide it from the outside of the crossbar, thru the platform piece and then thru the other side of the crossbar. Place another small flat washer on the end, and finally one of the small lock nuts. Do that for the three remaining holes as well.
Now it is time to grab some wrenches and tighten everything together. The larger bolts will need a couple of five-eighths inch wrenches, and the smaller bolts need a couple of one-half inch wrenches. Start with the larger bolts, and work your way from one side to the other, making sure to get them nice and tight. You don’t want this thing rattling apart as you are going down the road with it fully loaded! Once you have the large bolts tightened down, move on to the four smaller bolts and get them tightened down as well.

I wanted to make sure that our cooler would fit nicely into the platform, so I grabbed the angle grinder and cut off the ends of the smaller bolts that were sticking out past the nuts. This is totally optional, but it will maximize your available space inside of the platform. Speaking of available space, once it is fully assembled the inside dimensions are 17 and three-quarters inches by 51 and one-half inches, with 16 and three-quarters inches clear space between the nuts on the crossbars. Remember though that the corners are rounded, it is not a perfect square.

That’s it! The entire thing can be assembled in about fifteen minutes, though it will take more time if you have to explain what all of the pieces are to Noah as you go along. Not that I mind, I love it when the kids show an interest in building anything or using tools in general. It is a set of skills that are dying out among the youth today, and should be encouraged whenever possible.

Time to put it on the van! Note that our drive way slopes up from where I have the van parked, hence the reason that it looks like the hitch only has about an inch of clearance from the ground. I grabbed our cooler and the two water jugs that it would be carrying to check for clearances, and they fit perfectly. Of course Noah couldn’t pass up an opportunity to try to fit in something, so he climbed right in, laughing about it the whole time. Sam was not to be outdone and managed to squeeze himself in there as well. We all had a pretty good time laughing about it.
After that I loaded the cooler with some dead weight, filled the jugs with water, strapped everything in and took it for a ride around the block. It looked like it would be perfect, there was ten to twelve inches of clearance at the rear of the platform from the ground, which isn’t much, but it was workable for what we wanted. I took the platform off the van, and we spent the next couple of days finishing getting ready for camping.

The question remains, is it useful or a piece of junk? Well, the answer is complicated. It is extremely affordable at $55 on sale, easy to put together and very sturdy for the price. However, its usability is going to be limited depending on the vehicle you want to attach it to. My initial test looked good on the van. However, my test was flawed in that I had it installed on a completely empty van. By the time you add in all of our camping gear, food, bedding and clothing for everyone including one of our daughters that decided she wanted to go, the van squats down another few inches lower. It is not something that is too noticeable when you are pulling a trailer, but when you have another two feet of platform sticking out of the hitch, the back side of the platform was only about six inches off the ground.

That is incredibly close to the ground. While I was comfortable with ten inches to a foot, looking at four to six inches worried the hell out of me. It would be scraping the ground on every bump in the road and I just couldn’t accept that. At the last minute I pulled it back off of the van and hooked up the utility trailer, and just reloaded everything into it.
What I can say is that I have no problems saying this is useful, if you have the clearance. At least in our case it just didn’t work out, but your mileage may vary. They do make another platform that angles up when it comes out of the receiver which would give you more clearance, but it is only rated for 300 pounds, which is pretty easy to reach. Just the two full water jugs I had back there total up to 100 pounds on their own, plus whatever other gear you would want to put on there. 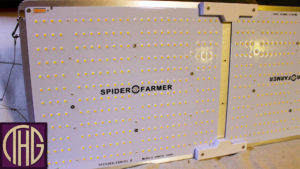 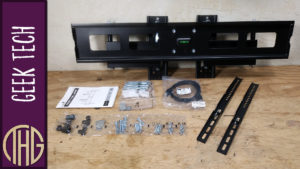